In FOIA Response, US Department of Energy Confirms No New Nuclear Non-Proliferation Assessment Regarding Status of German AVR and THTR Commercial Spent Fuel; Determination from 2013 Remains – No Proliferation Risk to Leave High-Level Nuclear Waste in Germany

Columbia, South Carolina USA – In response to a Freedom of information Act (FOIA) request, the U.S. Department of Energy (DOE) reveals that it stands by a 2013 determination that there is no nuclear non-proliferation reason to import commercial highly radioactive German spent fuel to DOE’s Savannah River Site (SRS) in South Carolina.

In its FOIA response, DOE’s National Nuclear Security Administration (NNSA) has confirmed that that it has not undertaken a new review of nuclear proliferation risks of leaving the spent nuclear fuel in Germany, thus affirming its 2013 position that there is no proliferation reason to bring the nuclear waste to the Savannah River Site.

DOE Memo of August 1, 2013, Affirming No Proliferation Risk to Leave

Profit-motivated entities at SRS and in Germany had proposed shipping to SRS over 450 large casks of spent fuel from the long-closed AVR and THTR gas-cooled reactors. At SRS, the spent fuel, in the stable form of uranium-impregnated graphite balls, would be processed and resultant waste dumped at SRS or off site. The AVR and THTR were commercial experimental reactors that were connected to the electricity grid and were not research reactors as is now being claimed by some who back the dumping proposal.

“US DOE has once again affirmed that there is absolutely no nuclear non-proliferation reason to ship AVR and THTR spent fuel to the Savannah River Site in South Carolina for processing and dumping,” said Tom Clements, director of Savannah River Site Watch. “The proposal to ship the commercial spent fuel to SRS, which is illegal under German law, is being pursued simply because there is money to be made in shipping it and processing it at SRS. We object strongly to the misguided proposal to dump German nuclear waste on South Carolina and it must be halted once and for all and a new storage facility at the Jülich site must be constructed.”

On March 1, 2018, Savannah River Site Watch (SRS Watch) filed a Freedom of Information Act request with SRS seeking any proliferation assessment prepared since an August 1, 2013 memo obtained by SRS Watch via an earlier FOIA request. That 2013 memo stated that leaving the AVR and THTR spent fuel in Germany was “not of a proliferation concern.”

As DOE has not prepared any new proliferation assessment there remain no non-proliferation grounds for importation of the waste, some of which contains US-origin highly enriched uranium. Some of the graphite fuel contains low-enriched uranium and will need an import license by the U.S. Nuclear Regulatory Commission. But such a license is not yet being pursued by DOE.

The AVR spent fuel in question is now stored at the Jülich research center (Forschungzentrum Jülich, FZJ) and the THTR spent fuel is at an interim storage facility at Ahaus. The graphite spent fuel is in a form more stable for final disposition than waste forms resulting from processing the material via a new, proliferation-prone reprocessing technique.

The August 1, 2013 DOE memo entitled “Proliferation Attractiveness of Juelich Graphite Spheres” concludes that “the material is not attractive to sub-state/terrorist entities in its current state.” “This determination confirms, as SRS Watch has often claimed, that the real proliferation risk with the proposal is the current development of a technically sophisticated reprocessing technique by Savannah River National Lab (SRNL) to remove uranium from the graphite fuel,” said Clements. DOE and SRS have refused to prepare a proliferation risk assessment on this new reprocessing technology.

SRS Watch has also filed a FOIA request for a copy of the “Work for Others Agreement” – for $1.9 million – between SRS and JEN – “to address next research activities and updated schedule and cost estimate for complete project scope.” According to a DOE presentation in January 2018 – Update on the German Graphite Fuel Project – that agreement was extended until March 31, 2018 and “DOE [is] working with JEN to establish a contract for the Technology Maturation required to reach Technology Readiness Level 6 (Pilot Scale),” an action that require a reopening of the Environmental Assessment process on the import and dumping scheme. DOE has denied the request for the agreement but SRS Watch will appeal that decision, according to Clements. “So that the public I n Germany and South Carolina knows where development of this risky new processing technique stands, elected officials in Germany are urged to obtain and release the agreement,” according to Clements of SRS Watch.

On September 26, 2017, the Savannah River Site Citizens Advisory Board (SRS CAB), an advisory panel established by DOE regarding clean-up and waste management at SRS, approved a recommendation opposing import of the German spent fuel. The recommendation, entitled “Oppose Receipt of German SNF for Treatment and Storage in the U.S.” can be found at: 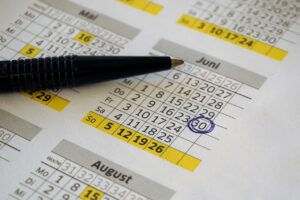 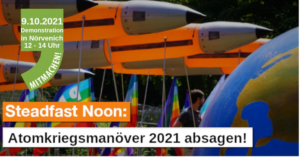 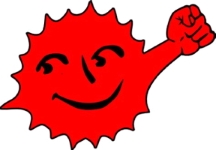 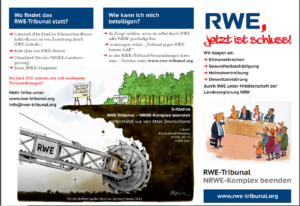 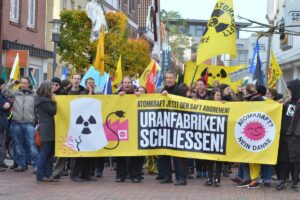 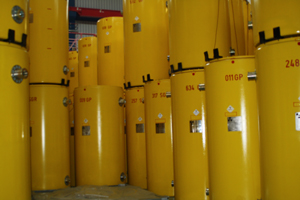 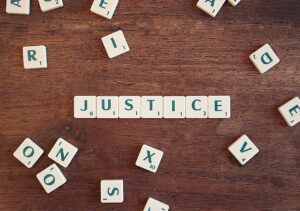 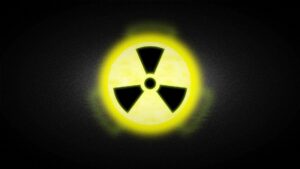 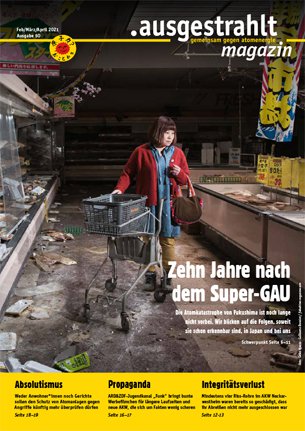